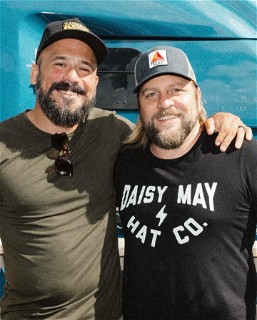 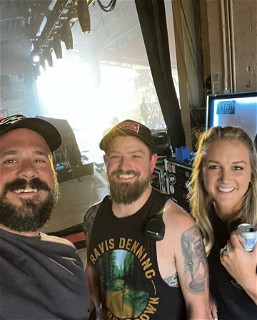 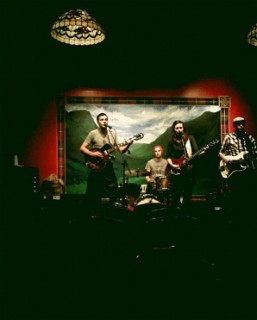 That’s @bennettdeanlewis. We shared a slide on Saturday, it was our second time hanging out. He plays a Mulecaster with Maren Morris and we went to see him enjoy playing music more than probably anyone.

The first time I saw Ben play was 12 years ago at a bar in Knoxville. I was down there to hang out with my friend Steve and play a coffee shop gig while I tried to figure out what to do after I had gotten fired from my industrial supply job. Ben was there playing with @leralynn and had forgotten to bring his guitar. Lera is one of the best singers and songwriters on the planet. After Ben found a guitar, his parts were perfect. Melodic and necessary to each song. We circled back more than a decade later, after both finding a soft spot to land.

That’s @coybowles. He plays a bunch of Mules with @zacbrownband. 9 years ago a friend of mine tried tagging me in one of his instagram posts so he would buy a guitar from me. It worked, just 8 years later. We saw them play last week too and Coy and I did guitar nerd things for about 30 minutes and then talked about literally everything else for three hours in the dining room. The man can chew the fat and I make a great freaking brisket.

That’s @zackrickard. He wrangles the guitars for one of my favorite bands @brothersosborne . I met him and Matt Helmkamp at NAMM show a few years ago. I met 10,000 people at NAMM show. These two were special and I asked them to be my friend and they checked the yes box.

These friendships are essential to me now. My life would be less than it is without them. I feel electric when the conversation hits that gush about Julian Lage, or coaching and cognitive behavioral therapy, or about the amazing gift one of them received for kicking ass. My point is these guitars aren’t just stuff. They are mechanisms for making essential connections with other people. Use them like that. Please. That’s their intention: bridge builders. Trust me on this- it will be amazing.